The Internet may have had the feels about the Fresh Prince of Bel-Air reunion, but Aunt Viv did not.

Janet Hubert — the original Aunt Viv on the series that made Will Smith a superstar — took to Facebook to criticize the recent reunion of her one-time castmates, which was documented in photos posted to social media by Smith, Alfonso Ribeiro, and Tatyana Ali — and was also attended by Karyn Parsons, Joseph Marcell, and Hubert’s replacement, Daphne Reid. Now, remember that Hubert was fired from the show 24 years ago as you read her reaction.

“I know the media hoe Alphonso Ribero [sic] has posted his so called reunion photo,” Hubert, 61, wrote. “Folks keep telling me about it.” Things escalated quickly, with the actress writing, “[Ribeiro] was always the ass wipe for Will. There will never be a true reunion of the Fresh Prince. I have no interest in seeing any of these people on that kind of level.”

She didn’t stop there, adding, “I am not offended in the least, by this photo… it was an event for Karen’s charity. It does however prompt me to take some meetings in Hollywood to pitch my memoir PERFECTION IS NOT A SITCOM MOM, and tell of the behind the scenes story before I leave this earth.” Well, then.

Ribeiro shared a photo of the gang back together again — and looking great — on Monday, writing, “Always amazing to spend an afternoon with my Fresh Prince family. Wishing that James Avery was still with us to make this complete.” Avery, who played Uncle Phil, died in 2013.

Smith also posted a reunion photo, noting that he was at “lunch with my BFFs.”

And Tatyana called it a reunion with her “family.”

The reunion participants have not responded to Hubert’s slam — and don’t expect things to heat up. After Smith initially bashed Hubert in the press right after she was fired from the sitcom (he said she brought her problems to work and wanted to be the star of the show), he has changed his strategy. Last year, he went so far as to praise Hubert as “brilliant,” despite her continuously mean public comments about him.

In January 2016 — after Smith and his wife, Jada, boycotted the Oscars because of a lack of diversity — Hubert made a four-minute YouTube video (which she has since deleted) criticizing them (Jada, for the most part). She went on to tell a story of when she was on FPOBA and said she asked Will to help the rest of the cast “get a little raise,” assuming his influence would help. She claimed Smith left them in the cold and said, “My deal is my deal, and y’alls deal is y’alls deal.”

See some of Hubert’s rant here: 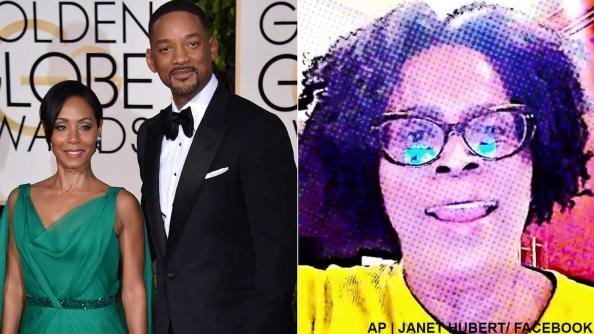 Janet Hubert, who co-starred with Will Smith on ‘The Fresh Prince of Bel-Air,’ is slamming the actor’s wife Jada Pinkett Smith over her decision to boycott the 2016 Oscars due to lack of diversity.

In February, Smith was asked during a BBC Radio interview to name the better Aunt Viv, and he wasn’t taking the bait. He replied, “Both of the Aunt Vivs were really, really fantastic. I think when you make a show, anytime you make a change, it’s going to be excruciating and painful. I think that Janet Hubert Whitten brought a really powerful dignity to the show.” He went on to call her “brilliant,” adding, “I think as an artist, there’s so many things that she does: She sings, she dances; she’s, like, a really powerful artist. So I loved what she brought to The Fresh Prince.”

Janet Hubert talked about her feud with Smith here in Feb. 2016: 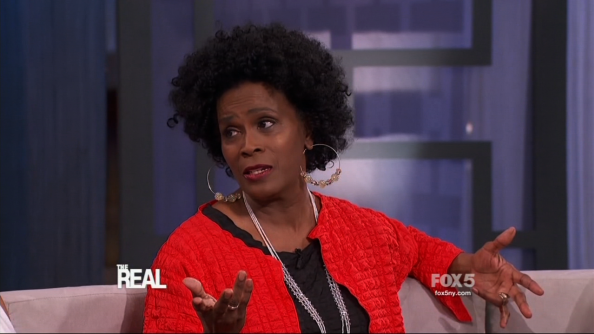 Janet Hubert was on The Real and talked about her longtime feud with her television nephew, Will Smith. Janet Hubert played Aunt Viv for three seasons on The Fresh Prince of Bel-Air before being replaced. In a radio interview in 1993, Smith suggested Janet Hubert resented that he was the star of their show. “It’s been discussed for 25 years, it’s insane,” she said before going into the third person. “Janet Hubert was never difficult on that set, Janet Hubert was so professional, it wasn’t even funny.”

But that love was not enough to score Hubert an invite to the reunion — and we don’t think she should expect one to any future events. And, for better or worse, she seems more than OK with that.