MJ:  Lyrics or beats? As an artist do you have the opinion that one outweighs the other?
CP: You can use either to make a dope track but the best tracks use both. But I came in the game loving lyrics and wordplay, which is why I emcee instead of making beats I guess.  Although I’d love an MPC.
MJ:  Let’s talk collaborations.  Who is on your list to share the stage or studio time with?
CP: Tragedy Khadafi is a possibility right now. Redman and Method Man would be a dream. I don’t really think about it like that though. Most of my collaborations have come about through talking and vibing, or a trade of skills like artwork for a verse. It’s been a mutual organic thing, as opposed to me pursuing or outright paying someone.
MJ:  You have worked with many major artists, some of my top favorites such as Pacewon, Blaq Poet, and Krumbsnatcha!  Did they share any words of wisdom, or drop any jewels on becoming successful in the music industry?
CP: Those guys have done it all so yeah I pick up things, like I do from most people I work with. But the main thing I get from collaborations is that feeling of competition. Proving I can hang or be better than who I’m on the track with. My collaboration album will be crazy!
MJ:  Let’s play the 3 game so readers can get to know you a little better.  Who is in your top 3 personal playlist? What 3 places would you like to tour? Who are 3 influences, personally and musically?
CP:  3?   I had an 160GB IPod and filled it! My favorite album ever is “illmatic”. I have a best of M.O.P. I put together, and a best collaboration ever playlist. I can’t get it down to 3 artists, you’re crazy, lol!
Touring would be America, Brazil, and… I’ve heard Germany is live out there with the fans.
Personal influences come and go. Heroes are human and let you down.  Musically though I’d say Redman, Wu-Tang as a collective, and the third is probably a D.I.T.C. or B.C.C. type collective. Only three is hard after 30 years.
MJ: As we wrap up, is there anything else you would like the world to know about yourself?
CP:  I’m here to cut through the bullsh*t! You might not hear about me every day on these Hip Hop gossip sites but I will still be here in front or behind the scenes making moves. The race is not a sprint, the game is long.
MJ: Thank you again for taking time out for MJ! I wish you much continued success, salute! 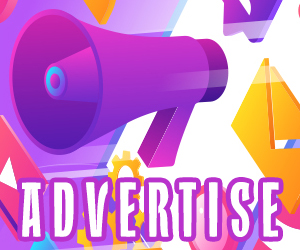