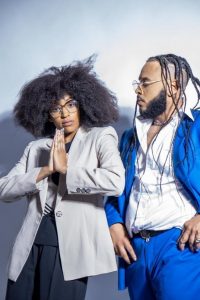 Who is this new artist Griotz, from the Bronx, New York, who just shook up the music scene? He’s dropped three debut singles, two of which he was able to hold his own with former Cash Money’s own SyAriDaKid & Just Us Records Kyah Baby. His versatile flow and amazing wordplay puts him in a category of his own.

His ability to switch cadences so effortlessly, and create a multitude of styles of music makes me think we’ll be seeing this artist for years to come. Sit back in your seats, eat your popcorn, and listen to the theatrics of Sway. Every hook is like a scene, his ability to tell stories is truly amazing and his confidence in his abilities comes out evidently through the song. “You know who you’re talking to?”

Now on, “The Baobab Tree,” he’s showing us his conscious side. Giving us a message and showing how much he really cares about the progression of his people. Now, just when you think we have him in a lyrical box he hits us with a club banger called Only Fans to really show a wide range of ability in creating great music. Not to mention the music video his team shot is next level amazing.

The Only Fans video seemed like something straight from a movie. The young Director EAD, created an amazing script to match this amazing song. Griotz and Kyah Baby had so much energy and showcased some dope acting skills in bringing their parts to life. Their chemistry on camera was amazing and made the already fire song shine so much more in the visual realm. My eyes were literally glued to the screen to all the dope special effects in the video, that literally was out of this world. If you weren’t a Griotz fan before this video, you’ll definitely be one after!

Really lookout for this phenomenal new talent, a star is on the rise, and I’m telling you now, get ready to see it! 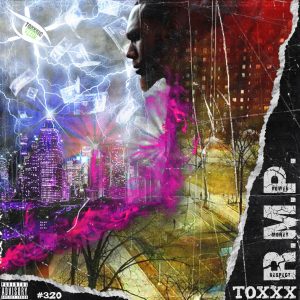 The Bronx based artist is known and respected for his impeccable blend of classic and modern Hip-Hip fused with kaleidoscopes of addictive cadences along with flows yet to be compared, and “R.M.P.” is no exception. This short tale of hood aspirations depicts Toxxx’s powerful moves in and out of the music scene, while his witty, unapologetic wordplay and brazen punchlines set the scene for a ‘toxxxic’ takeover.

In pursuit of respect, money, and power, can one escape the ‘toxxxic’ realities of infidelity, drugs, violence, and other calamities?

NY Hip-Hop artist Base AuraGammi represents Harlem and Bronx, but all boroughs big up the young artist’s flow and captivating lyrics, and such is the case for his latest single “Know Daat.”

“Know Daat” featuring Quizzy Quo is a track brewed with good vibes and vibrant flows. What better way to celebrate a come up than blazing up the stage and treating the ladies to a night of sparkling bubbly.

Just ‘know daat’ Base will have the clubs popping and the house parties jumping.  Stream the single and connect with Base on Instagram and Twitter.

The Bronx native has a clear-cut message for rappers chasing clout. While they’re boasting and bouncing in the clubs, he’s using his lyrical skills to level up and gravitate.

Over gritty production with knocking bass, Gaza delivers his cut-throat wordplay while representing the culture and birthplace of Hip Hop. Watch “Beat It” and connect with Gaza on Twitter and Instagram. 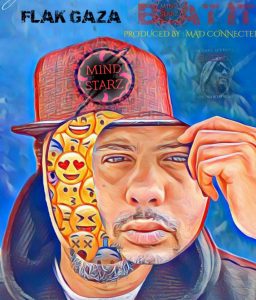 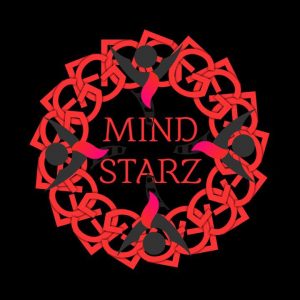 Bronx native and Hip Hop artist Sos Bishop freestyles over “Recognize” instrumental by DJ Premier and The Lox.   Bishop elicits raw and uncut bars with concrete substance that can’t be ignored by the industry! Tune in to this freestyle and “recognize” Bishop’s perfected flow and sound deliverance, synchronized to this notorious beat…

OneMike, Owner and Founder of Black Hoody Enterprizes and Hip Hop artist, releases his latest single “I’m Bout It”.  The video is directed by Natrix Dreams and produced by NOX.
Originally from Massachusetts, OneMike is now a cultivating Hip Hop artist and entrepreneur residing in Nashville.  He is a testament to being “bout it” and is burning down any disbelief and misconceptions with his ignited lyrics and street survival storytelling.  Scott La Rock Jr., son to legendary Scott La Rock, has caught wind to the wildfire and is now manager for OneMike under SLR Music Group.
“Everybody a rapper, everybody a hustler, motherf*ckers 93% of ya’ll are customers…” -OneMike

Alonzo Fury, Hip Hop artist from the Bronx, is durably climbing out of the underground into prime light gaining dominance from his self-produced debut album “The Art of Survival”.
It is refreshing to listen to an album that whole heartily delivers lyricism and storytelling in it’s true form from beginning to end.  From intro to outro, without skipping one track, Alonzo Fury delivers a timeless and classic album that will exceed longevity in the music industry!

It is evident with tracks titled “Pains of My Past”, “That’s The Way Life Goes”, and “Stay Strong” that this is an album of motivational inspiration, coming up, being real, respecting empty pockets, striving to be better, and change!  This is an album about a man who became “tired of being tired” and selflessly stared into the mirror to devise a blueprint of change; “to correct what was staring back at him”.  Alonzo Fury has succeeded!